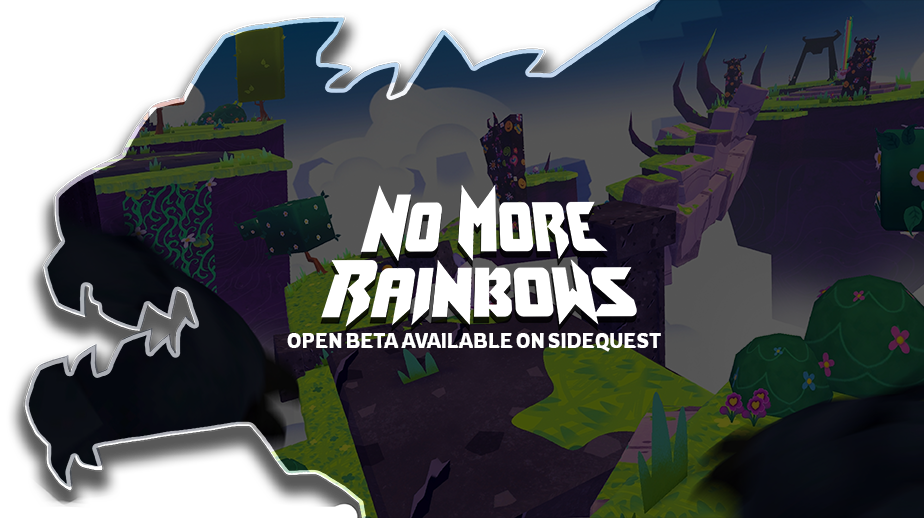 ‍
We’re really excited about finally being able to share part of the game with you guys. We’ve been working on the game for over 2 years already!

In fact, 2 years ago the game used to be called Dingleberries (let’s not talk about the title too much, haha) and the game began as a PvP fighting game where you had to knock your opponents off the level to win, a little like the Mario Party mini games. The game has changed tremendously over the years, the only thing that hasn’t changed is the locomotion system.

We transitioned towards a platformer heavily inspired by classics such as Super Mario 64, Spyro and Crash Bandicoot. We still have multiplayer in mind, but it’ll have to come later. We also have a procedurally infinite mode that is prototype stage but we definitely want it in the game.

Oh! If you’d like to see what No More Rainbows looked like in January 2020, check out these links:

We think it’s time to give you a glimpse of what is to come in the form of free content. So we’ve put together an open beta event for you to give the game a solid try. During the open beta, you’ll have access to the entire first world of the game.

We’ll fix bugs and you'll receive updates when we do, we’re also implementing leaderboards which you’ll have access to… Soon!

If you’re interested in the No More Rainbows community, you can come hang out with us in Discord!

Have fun playing No More Rainbows!