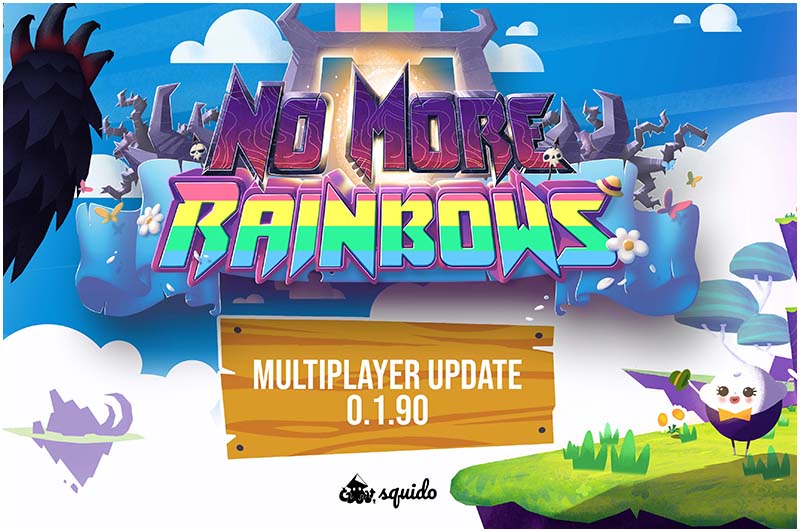 
Hi Everyone, once again as part of our "promise" to keep updating the No More Rainbows beta, we're releasing another update to multiplayer with a lot of new changes:

The new Pusher powerup is really fun, it's incredibly satisfying to push your rivals off the map! Next time you launch No More Rainbows, you will have an update!Have

You should also join our Discord, here are a few things we do there: