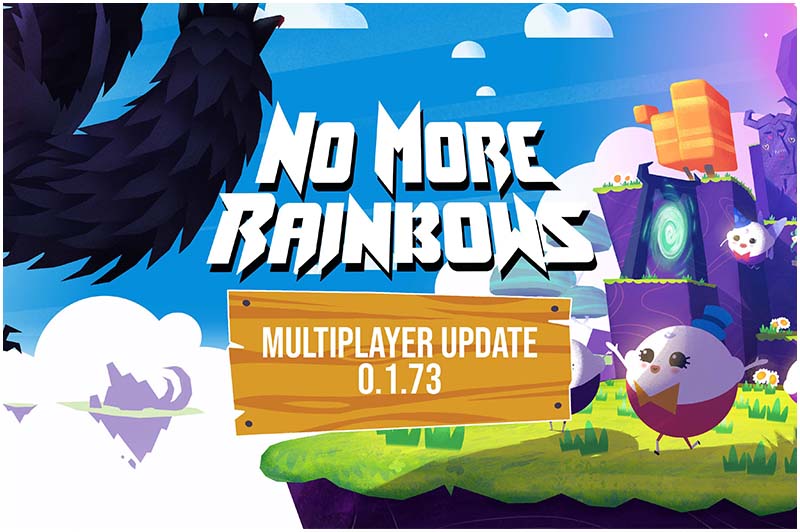 
Well, we bit the bullet.

Ever since we began working on No More Rainbows, we've always wanted to do Multiplayer. Every step of the way, as a team we always thought No More Rainbows would be awesome to play with or against friends.
‍
You may or may know but No More Rainbows goes pretty far back. In 2019 the protoype we had for No More Rainbows was actually a multiplayer VR fighting game where you would try to punch your opponents off the map. That's it. That's all it was! However it was clunky and didn't work out very well, since you were moving with your arms and also had to do actions at the same time, it was complicated for newcomers. The idea was scrapped.

Then 2022 came along and so did multiplayer, we started playing around with the idea of doing levels but with other people, we went through a bunch of different ideas and then we thought "Why not bring our ideas to the beta and shape the multiplayer with the community?".

Join lobbies with 7 other friends.
Collect pinatas to increase your score.
First to 10 or most pinatas after 5 minutes wins.
Unique maps that test your parcour skills.

‍
You can download No More Rainbows Beta today for Quest!
(Multiplayer update for Steam will come at a later date)