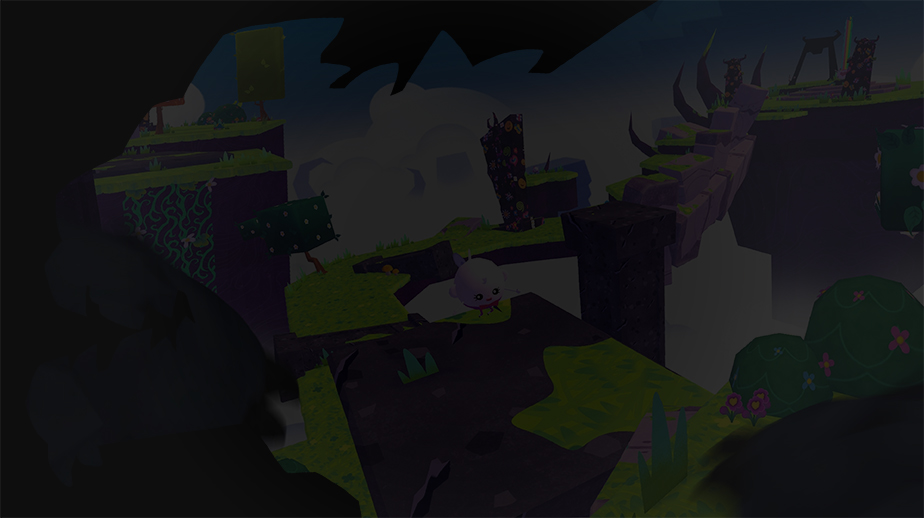 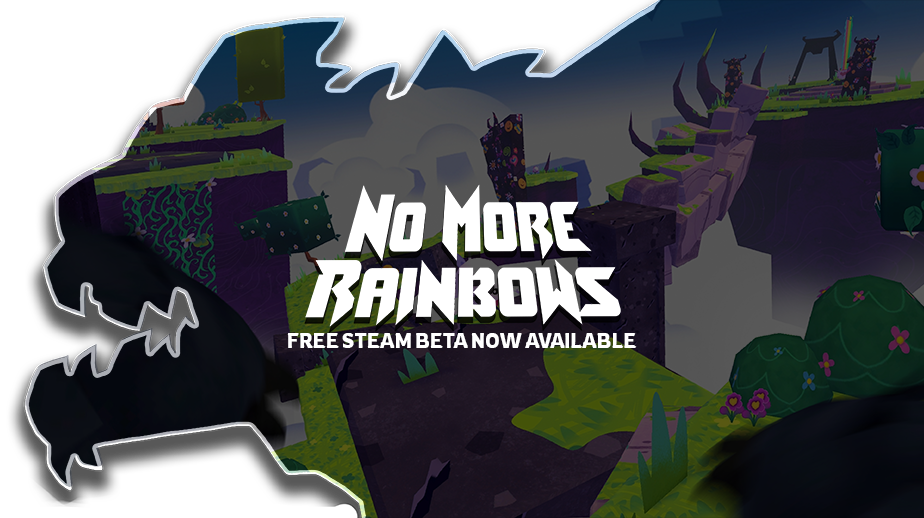 ‍Today Squido Studio has announced they are participating in the Games From Quebec steam sale by releasing a free beta version of their upcoming VR game No More Rainbows.

‍
No More Rainbows has been in development since 2019, going through multiple iterations and prototypes before getting funded by the Canada Media Fund in early 2021. These early prototypes range from Super Smash Bros. style multiplayer player combat arenas and a roguelite mode with ever-changing levels and enemies. These prototypes being extremely ambitious for Squido’s first game ever, they have settled for a platformer and kept the same locomotion that had been present in all other prototypes. This locomotion is based on the movement of the player’s hands and arms in the real world which dictates where the player will go in the game, giving endless possibilities in terms of movement.

Here is a video of one of those early prototypes that dates back to February of 2020.
It showcases the roots of its unique locomotion and one of the first ideas of making it a multiplayer brawler. Watch it here: https://www.youtube.com/watch?v=lMmuOVgvJOQ

As of today, anyone with a PCVR headset can jump into No More Rainbows and experience the entire first world’s content. The open beta serves as a way to not only showcase the game to players but also create a community, gather feedback and ideas for the future of the game.

Squido wishes to build a game that is driven by their community and believes firmly that a great community can help shape a great game. The Games From Quebec steam event features over 150 games. The steam event includes free demos for many games and up to 90% off of certain titles. The sale lasts up until February 7, 2022.

The No More Rainbows open beta will stay available after the steam event. Squido studio has also stated that they will bring bug fixes, updates and perhaps even content updates to the free demo. Giving players even more content at no cost.

Squido is a video game studio based in Montreal, Canada. Over the last decade, they have been a bunch of friends working part time on more than 10 web and mobile educational games totaling more than 50,000,000 games played. Since 2019, they have been prototyping an innovative locomotion system for Virtual Reality where you can walk, jump and punch with your arms.

At the beginning of 2021 they received funding from the Canada Media Fund for their VR game concept. Since then they've been working full time as a team of 8 on their first real game: No More Rainbows, to be released on Oculus, PSVR and SteamVR by the end of 2022.