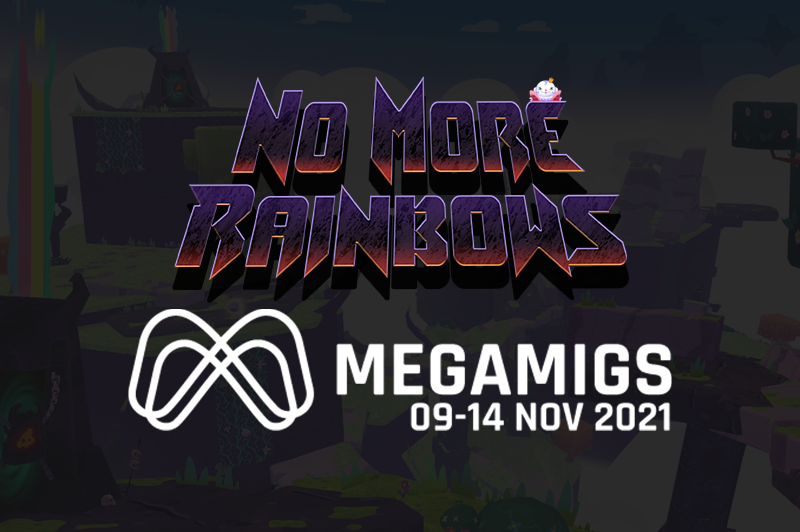 ‍Squido Studio alongside VR developper Trebuchet talked about their respective games and talked about VR's future, the event was hosted by VR enthusiast The VR Grid who asked both studios questions about their upcoming games and other VR related subjects at the MEGAMIGS festival that was ongoing from November 09-14 2021.

Squido Studio is currently working on the innovative VR platformer with physics based locomotion system No More Rainbows. The studio is currently hard at work and is at midway through development. They emphasized on how they are trying to bring VR to the masses with a unique "out of the box" experience for new VR users and core players alike. "We want to be the Super Mario 64 or Banjo Kazooie with a VR twist" said the studio.

They are aiming to release a free demo in february that lines up with the Games From Quebec Steam event, they then plan to release their game sometime Q3 of 2022 for both Steam and Oculus, with a PlayStation version being a possibility in the future.

Squido says that their main focus for No More Rainbows is reducing motion sickness with their unique physics based locomotion built from the ground up specifically for that purpose. A locomotion that uses the users hands and arms instead of what is currently often seen currently in VR, such as Joystick movement, teleportation, arm swinging, and other locomotions systems that induce motion sickness for many users.

Trebuchet talked about their already released, beautiful PlayStation VR game Winds & Leaves that is coming to PC for the holidays of 2021, something that no VR gamer should miss. Winds & Leaves, you will journey across a wide barren world and bring it back to life by  growing your own forests. Unearth ancient seeds, awaken landmarks and gather knowledge to stop the looming cataclysm.

At the end of the talk, everyone gathered to The VR Grid's YouTube channel for some gameplay footage of both games.

No More Rainbows started as a multiplayer prototype project, it came to life when the CEO of Squido Studio noticed glaring issues with common locomotion methods in current VR games such as nausea. Not only that but playing a VR game and using joysticks to move or teleporting felt very unintuitive for a technology that allows almost limitless possibilities.

After some time, the studio settled on developing a new, unique locomotion method that has shown to reduce nausea, facilitate body movements and decided to change from a competitive multiplayer game to a first person platformer to emphasize said locomotion method. The studio became funded by the Canada Media Fund and the project officially started being worked on by 7 members on February 1st 2021.