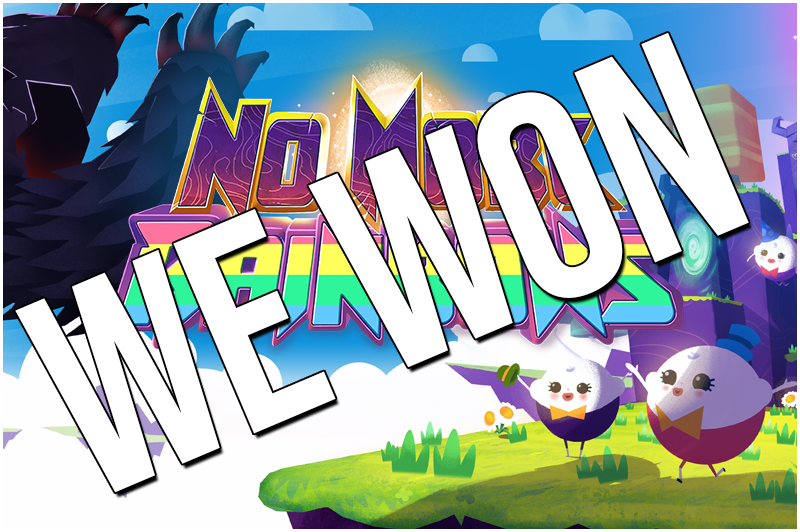 Mom get the camera! Our studio, Squido, has won its very first award! In early october we announced we had been nominated for 5 awards including "Public's Favorite Award" aka People's Choice. Being the first time our studio gets nominated (No More Rainbows is our first game) we weren't sure what to expect.

This year's event was a physical event (See ya COVID!) which means that the ceremony was in person, so the entire team was present, along with hundreds of other industry proffessionals and consumers. The event was also livestreamed live on Youtube and Twitch.

Before we start shamelessly bragging about our win, I'd like to talk about the other games that have won an award at MEGAMIGS 2022!

Best Actor's Performance: This Bed We Made | Lowbirth Games
‍

and most important of all...

Congratulations to all the nominated and the winners. It's is such an honor to be alongside such amazing studios and titles. This is such a morale boost for our entire team at a very important time in our development. We're mere months away from the launch of the game and naturally, some stress does leak out but are absolutely thrilled that others also believe in our VR game.
‍

A huge thank you to everyone who has had hands into organising MEGAMIGS, La Guilde du Jeux Vidéo du Québec, Loto-Québec, Patrick Healy and finally all the studios and exhibitors present. It was a pleasure to be there, and as a new studio working on it's first game, thank you for accepting us into the video game industry.

‍
Next up will be DemoNights and the Games from Quebec Steam sale!
‍

Stay tuned for the upcoming release date and see you all soon.
‍

You should also join our Discord, here are a few things we do there: